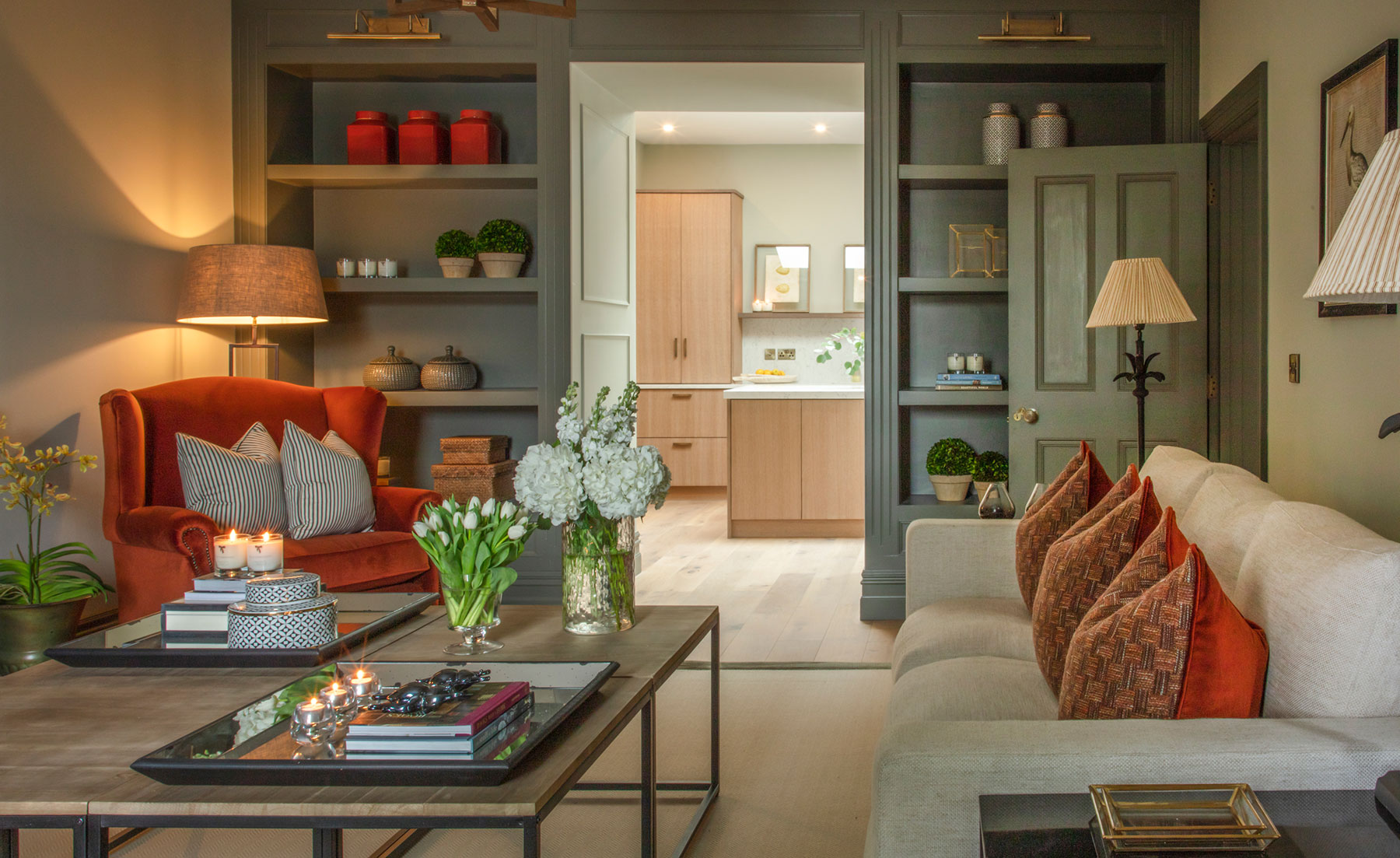 There are few baddies in Irish history and lore as feared as Major Henry Sirr – the notorious chief of police in Dublin; whom, at the head of his network of informants and spies, pursued and arrested a clutch of famous Irish rebels including Robert Emmet, Lord Edward FitzGerald and Thomas Russell. It was Sirr who shot Lord Edward in the shoulder at his arrest and likely the cause of him being refused medical treatment afterwards. Inevitably the wound festered and FitzGerald died in prison.

When interior designer Helen Turkington entered Sirr’s one-time home, Sandyford House, during its restoration, she peeled off four layers of different wallpaper from its walls and likely revealed the original personal design choices of Ireland’s most feared rebel snatcher.

“You could tell there was so much history to this house,” says Turkington, who has just teamed up with Keith Craddock’s Red Rock Developments to create Turkington Rock, Ireland’s first interior designer-led property developer. This is its first project.

Sirr lived here in the late 18th and early 19th Century during his period in pursuit of rebels. He was involved (as Myles Dungan once put it), in a “relentless pursuit of the revolutionary element of the Society of United Irishmen”. In March 1798, using intelligence from a network of spies and informers, Sirr arrested almost every one of the United Irish Leinster provincial committee at merchant Oliver Bond’s house opposite the Brazen Head tavern. 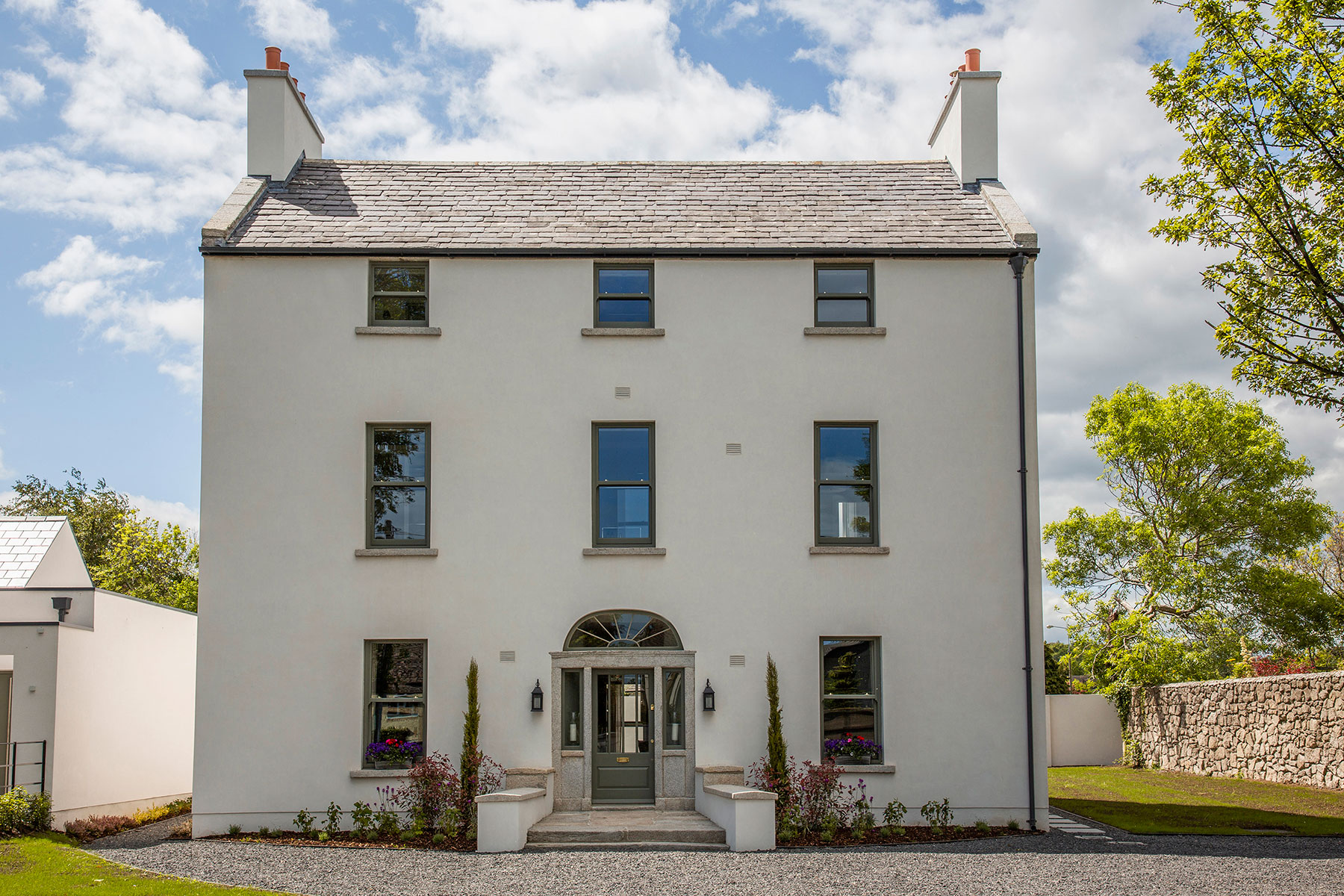 Craddock says: “We retained the four walls, put on a new roof and kept the existing timbers. We put a breathable lime render on the brick and stone walls. On the upper floors, we took out the original doors, skirting and architraves and restored them.”

The backdrop of the Dublin Mountains served as Turkington’s inspiration for the interior fitout. She used a soft, muted colour palette for the ground floor reception rooms, added a boot room to the rear extension, and created partitions in the sleeping quarters to create ensuites for all the four bedrooms.

Its 0.3-acre plot includes lawns to the front, rear and side. There are solid oak herringbone parquet floors throughout the hallway and the two front reception rooms. There are sash windows with timber shutters, fitted shelves in an off shade of the dulcet green hues used in the ground floor colour palette.

The living room opens on to the open-plan kitchen/dining area. The bespoke kitchen was handmade by O’Connors of Drumleck and finished with a white arabesque countertop from Miller Brothers. There is a range of Miele integrated appliances. French doors lead to the south-facing private back garden and paved patio.

A new staircase with square spindles, a hardwood banister, and a central runner fixed with brass bars leads to the first floor, which, like the ground floor, has 10ft-high ceilings. The ensuite to the master bedroom is accessed through a walk-in wardrobe fitted out by O’Connors.

The Georgian-style sanitaryware and mirrors in the four ensuites and downstairs lavatory come from Bayswater London W2 Bathrooms, with shower screens and slate shower-trays supplied by Merlyn. The second ensuite double bedroom is as large as the master. On the second floor, there are two more double bedrooms and a study/playroom.

Sandyford House has confounded its age and managed to achieve an A3 BER. Perhaps the first A for an 18th-Century dwelling. There’s a Samsung air-to-water system that supplies underfloor heating to the ground floor and radiator heating to the upper floors. Sandyford House is selling by private treaty for €1.495m through agents Kelly Walsh. 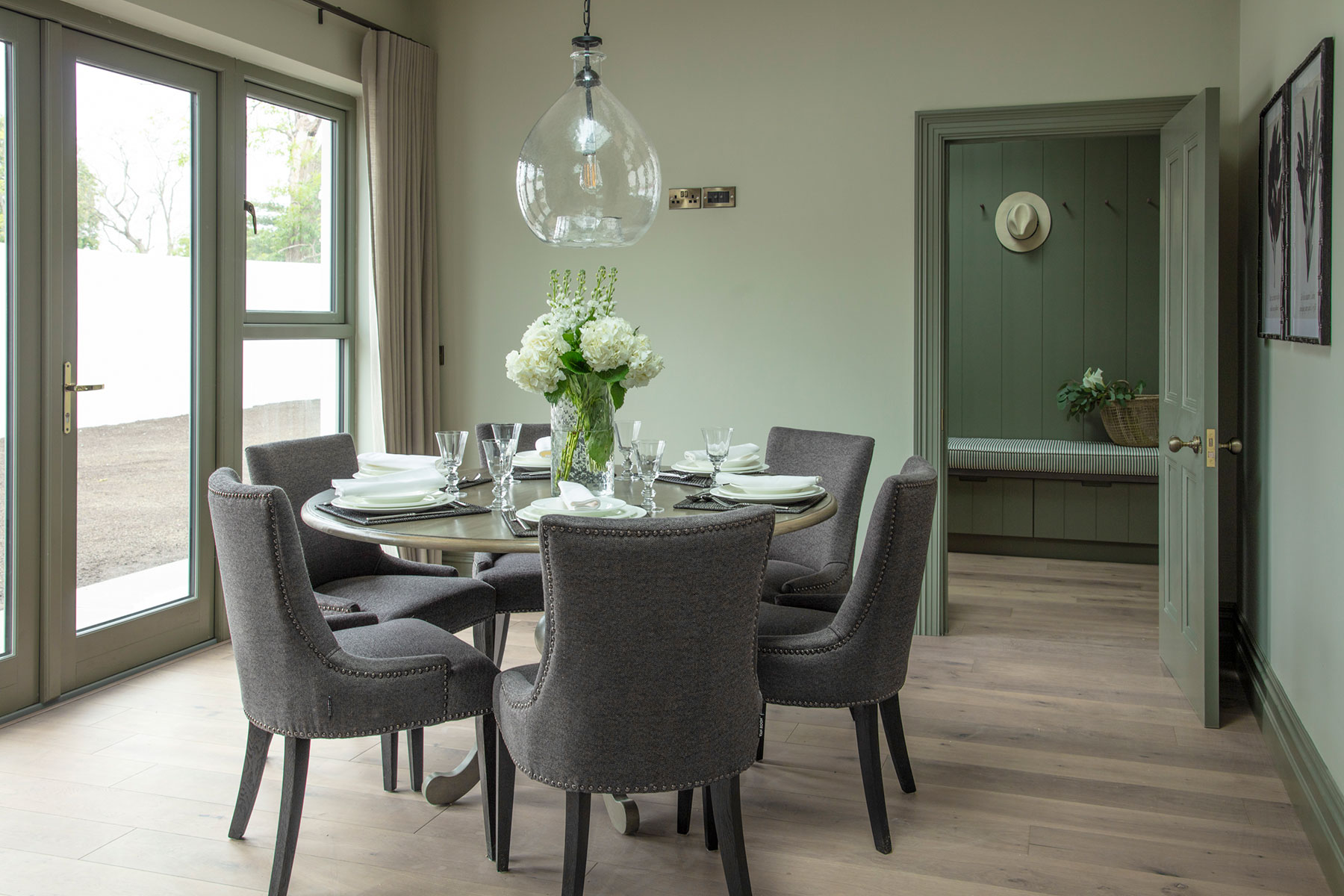