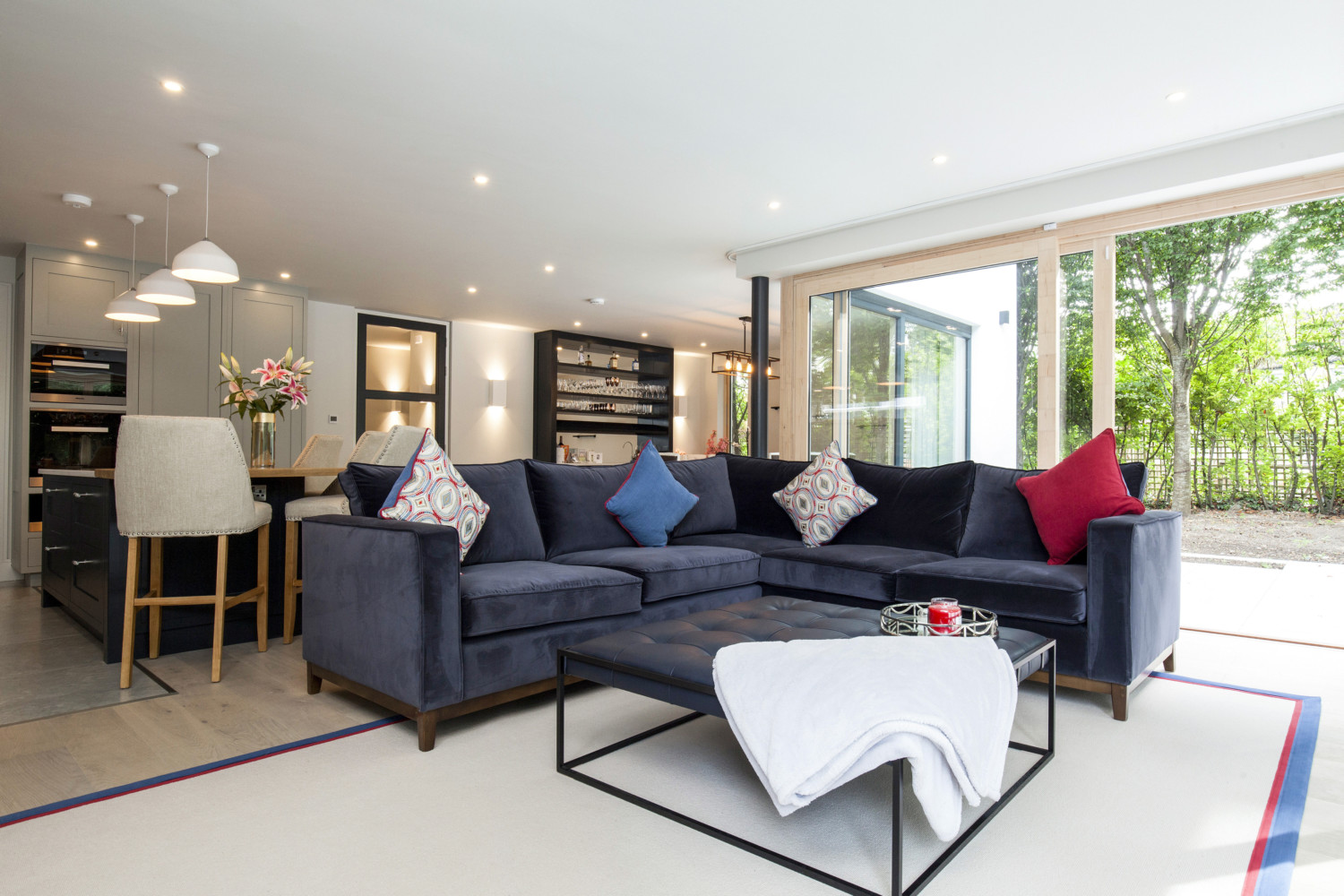 Bob Geldof, the Boomtown Rats frontman and organiser of 1985’s Live Aid, grew up at Crosthwaite Park South in the Glenageary side of leafy Dun Laoghaire, a town in which he rebelled against his father and the priests who taught him at Blackrock College.

Less than a century earlier, Crosthwaite Park South was also home to playwright John Millington Synge, best known for The Playboy of The Western World, which caused riots upon its first showing at the Abbey in 1907. Synge lived at Number 31.

Crosthwaite Park was built by local property developer John Crosthwaite in the 1860s, back when Dun Laoghaire was still called Kingstown, in honour of King George IV’s 1821 visit. But it would take a further 70 years for Crosthwaite Park South to be fully developed. The later houses constructed in the 1930s were in utter contrast to the earlier Victorian terraces, and were instead inspired by the Garden City movement with each property built on a large plot of its own.

One of those was Rutland House. Red Rock Developments has since refurbished and extended the property and renamed it Áthnua. The company also built two five-bed detached houses beside it on Rutland’s large plot, appointing the well known Coady Architects to design the pair in keeping with the original 1930s house, albeit with a contemporary finish.

Together, the three properties make up a scheme called Crosthwaite Grove, which sits behind a newly-formed tree-lined avenue designed to blend seamlessly with the historic Crosthwaite Park South area. The enclave is just a ten-minute walk from Dun Laoghaire’s promenade and Victorian-era harbour.

Áthnua recently sold for €2.2m while one of the two new-builds, Millington, has been retained by the developer as his family home.

Red Rock, led by Keith Craddock, has just completed the final house at Crosthwaite Grove and put it on the market. The five-bed is called the Beckett, after the avant-garde novelist and playwright, Samuel, born and raised in nearby Foxrock.

It is a double-fronted family home with a hitched roof, selling agent Jeremy Kelly points out, and its accommodation spans 3,097 sq ft over two levels.

The driveway to the front is finished with sandstone gravel, to tie in with the Vandersanden Toscane yellow handmade brick imported from Belgium that faces one part of the ground floor, the entire perimeter’s trim, and two sides of the elevations. The façade of the first floor incorporates hardwood timber cladding beside a feature window.

To the rear, there is a full-height double sliding door opening from the back lounge – located beside the kitchen – onto the landscaped garden and patio. Six-feet high block walls separate the garden from the Beckett’s neighbours. 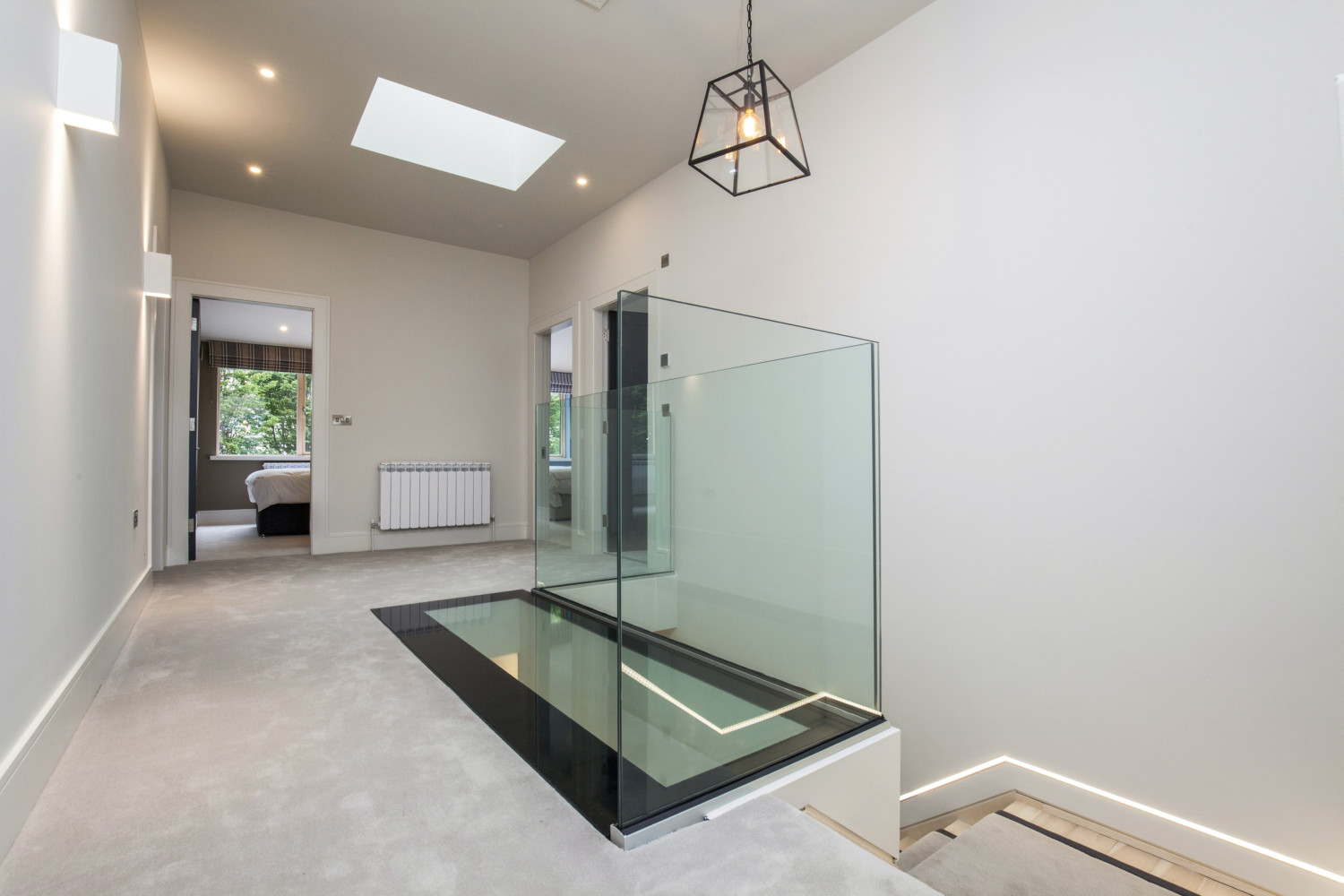 Upon entering the house, light fills the double-height entrance hall thanks to two of the stand-out features of the property: a contemporary glass floor panel and a large picture window, both of which are on the first-floor landing. The sense of space is heightened by 9ft-high ceilings to both the ground floor and the first floor.

Wide-board oak flooring extends from the entrance hall to the home office on the right, cloakroom on the left, and dining space and family lounge to the back. To the front is a separate, carpeted living room with a large bay window and a granite fireplace. The rear southwest-facing, open-plan living/dining/kitchen area measures 726 sq ft – the size of many an older three-bed semi in Dublin. Its formal dining space, which also overlooks the garden, can seat ten people, making it ideal for family gatherings or dinner parties.

The fitted kitchen, in a contemporary design and handcrafted by Karl Cullen of Co. Wexford, features hand-painted units, integrated Miele appliances, a large ceramic sink with a Quooker instant hot water tap. The centrepiece is an island unit with white Silestone countertop and incorporating an L-shaped solid timber breakfast counter.

Off the kitchen is a utility room/pantry. 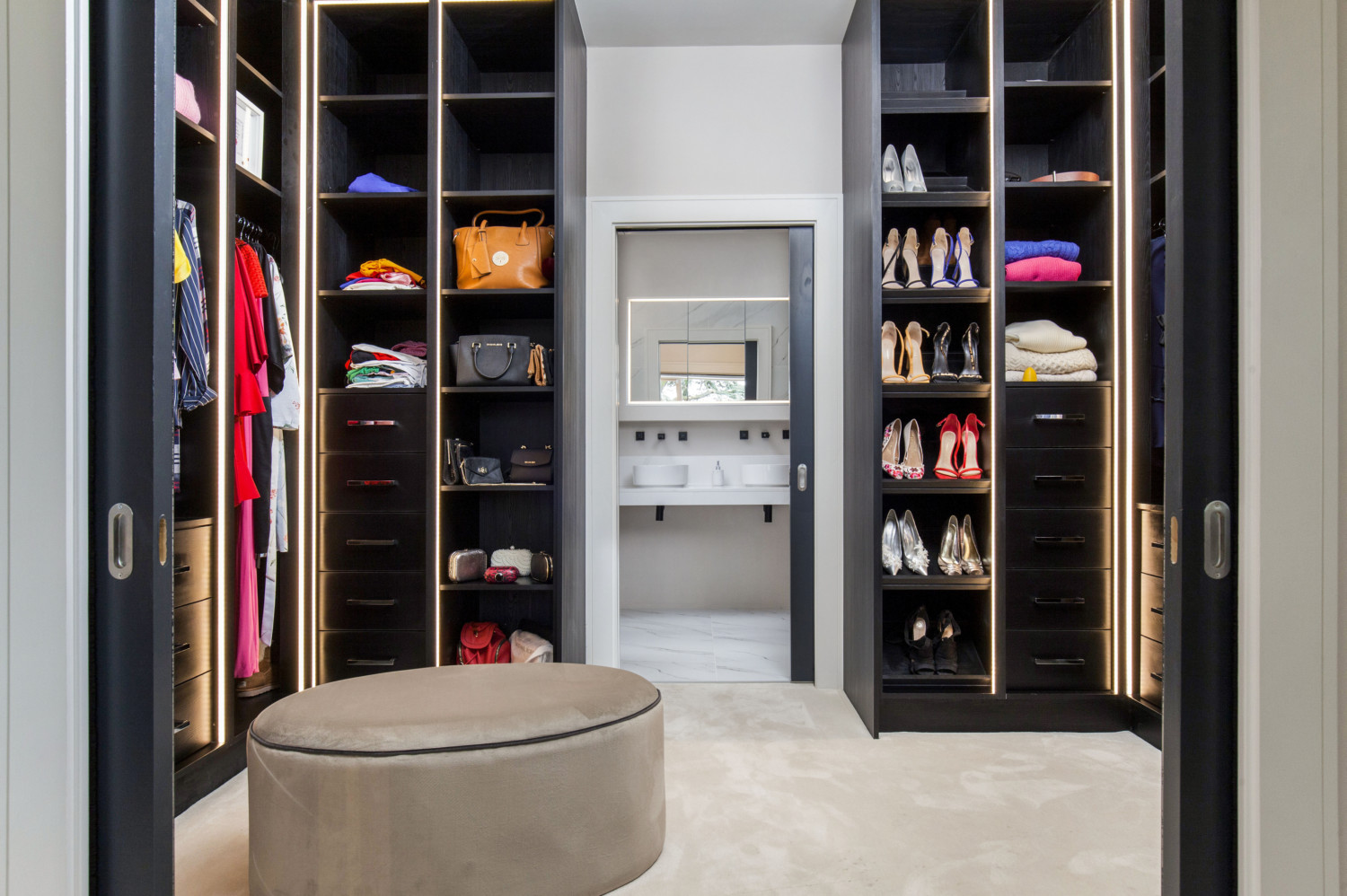 Upstairs are five double bedrooms, three of which are en suite, and a family bathroom. The 190-sq ft master bedroom features a walk-through double-sided wardrobe that leads to an en suite with his-and-hers sinks and a wet room-style walk-in shower. 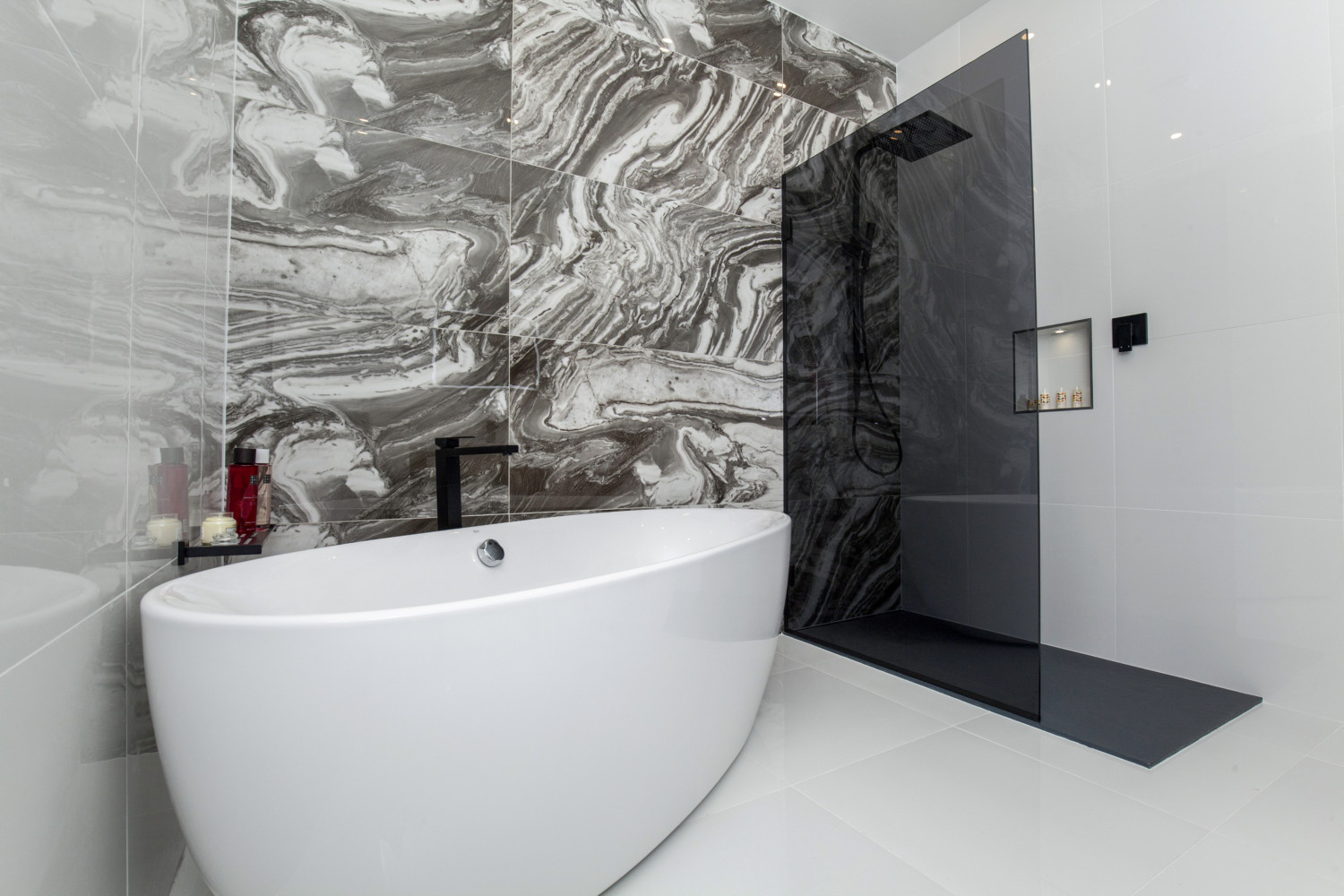 All the bedrooms have handmade full-height fitted wardrobes, while the en suites and bathrooms have Roca sanitaryware and square black Meir taps and shower fittings imported from Australia. The focal point of the family bathroom is a freestanding bath.

The A3-rated Beckett is heated by an energy efficient Daikin air-to-water heat pump. There is underfloor heating to the ground floor and all the upstairs bathrooms and en suites.

Viewings are by appointment.